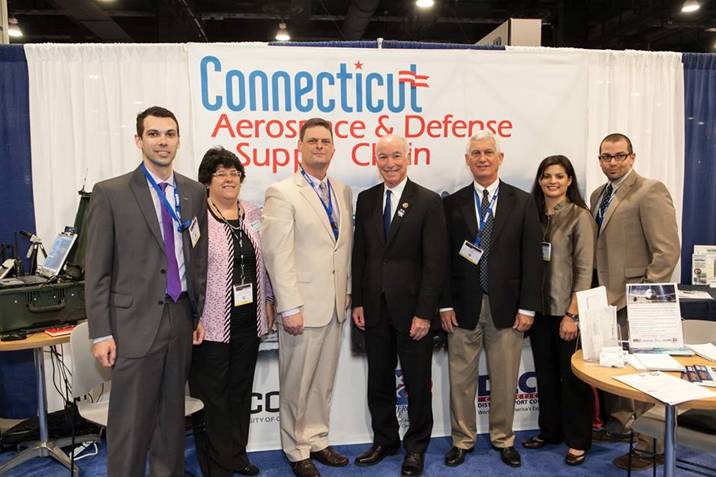 Congressman Joe Courtney (CT-2), Ranking Member of the House Armed Services Seapower Subcommittee, welcomed representatives from Connecticut defense manufacturers to the 2015 Sea Air Space Expo in National Harbor, Maryland. The annual expo provides a platform for companies to pursue business opportunities with the U.S. military and prime contractors, as well as highlight the important role of the sea services in our nation’s defense.

“This event is a great opportunity for our top-of-the-line Connecticut defense manufacturers to connect with Pentagon officials and seek out opportunities to grow their business,” Courtney said. “Connecticut’s defense industry is a key component of our economy, and is a strength that we need to promote both domestically and internationally. Today’s event helped to raise the profile of our state’s workforce and the incredible work they do, and I look forward to continuing to work with our manufacturers to expand their reach.”

“The Congressman’s support of the show has helped us establish relationships with military buyers and prime contractors. We could not have done this alone,” said Kevin Dyer, President of Interpro, a 3D printing and manufacturing company from Deep River, Connecticut.

Department of Commerce District Director Anne Evans remarked:  “With the support of the Congressman our participating companies were able to meet potential customers, both with the Navy and major defense suppliers.  On their own, these companies would not have been able to make these connections.”